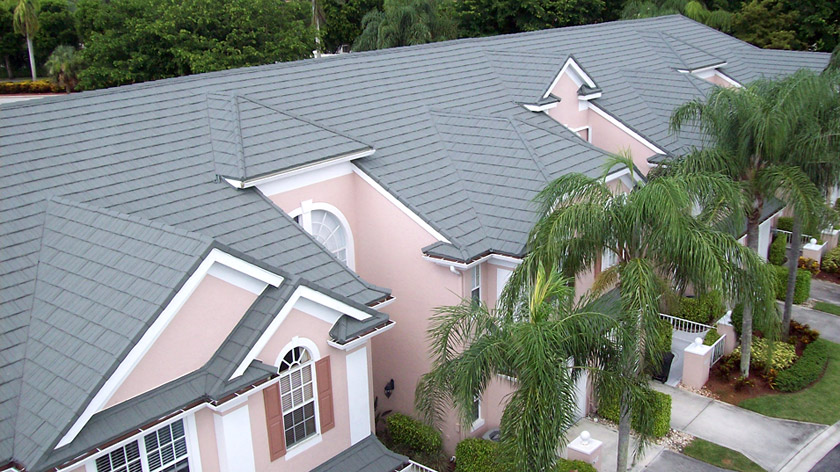 Roofing Industry Data – the recurring problem of roof stains, has recently been identified by scientists at 3M as stemming from the most common form of algae growth –

During the last 20 years, this particular algae strain has become harder to remove and has now been able to migrate to less humid environments than it has in the past. And in areas where it has traditionally been found, the staining is showing up earlier, is more severe, and settles on a greater number of roofs. This has become a “growing” problem on 80% of homes throughout the United States. Traditional cleaning methods use harsh chemicals and include; chlorine bleach, sodium hydroxide (lye), and high pressure washing – which are known to cause unnecessary and sometimes extensive damage to the roof and surrounding property.

n addition, these methods yield results that last only 6-12 months. As a result, it has been forecast that many homeowners will need to replace their roofs after only 12-15 years rather than 25-30 simply because of the damage caused by repeated cleaning.

The black streaking typically found on homes in areas where moisture settles on shingles in not really caused by dirt, mold, mildew or fungus: it’s primarily roof algae. Mold, mildew and fungus are terms that most homeowners have come to associate with the discoloration of the roof – what is actually occurring on the roof is the growth of Gloeocapsa Magma. These algae spores are carried by the wind, which is why so many homes in the same neighborhood end up with this problem

The natural erosion that occurs over time from the basic forces of heat, cold, wind, and rain alone are enough to bring most roofs to the point where annual inspections and minor repairs are a necessity to prevent significant repair costs. With repeated pressure cleaning, concrete tiles are more likely to shift, slip or break and asphalt shingles are more likely to become brittle and crack. Once gaps are created, water or the caustic solutions now have a path to the protective roof underlayment, moisture barriers, metal valley underlining and flashings – increasing the chance of roof leaks and costly repairs.

The Safest MOST EFFECTIVE Way to TREAT & PREVENT ROOF STAINS